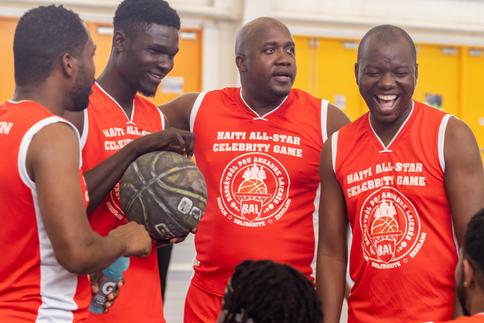 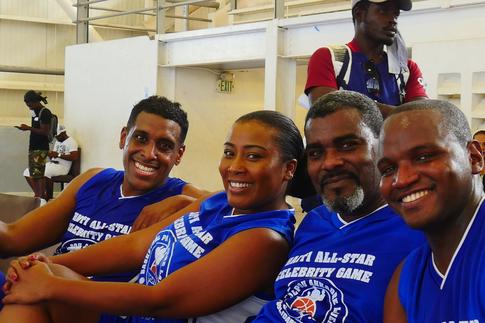 On Sunday, January 17, 2021, BAL organized the first edition of the Haiti All-Star Celebrity Game at Haiti’s Sport for Hope Center, in collaboration with Handzup Group. For some time now, BAL’s Executive Director, Dave Fils-Aimé, had the idea of ​​hosting in Haiti a celebrity basketball game modeled after the NBA All-Star Celebrity Game. To make this dream come true, he enlisted the support of Harry Luc, the CEO of Handzup Group.

The players were placed in two different teams, Team Blue and Team Red, and the former won the game with a final score of 49-35. Warrence Mitilien (Toutou) of Team Blue was crowned the game’s MVP after registering 18 points, 5 rebounds, 3 assists and 2 steals. Arne Duncan, who was the NBA All-Star Celebrity Game MVP in 2014, also entertained the crowd with a fantastic performance and finished the game with 14 points, 5 steals, 3 assists, 1 rebound and 1 block.

According to many who were in attendance, the 2021 Haiti All-Star Celebrity Game was a pleasant experience that they will forever cherish. Harry Luc of Handzup Group expressed his satisfaction with the initiative, which he believes will undoubtedly have a positive impact on Haiti’s youth, and he ensured the continuity of this fruitful collaboration between BAL and Handzup Group. BAL’s beneficiaries also expressed their appreciation for the event, which allowed them to meet many artists they idolize. As for Arne Duncan, he raved about the work BAL is doing in Haiti and declared that the youth give him hope for Haiti.

For a first edition, the 2021 Haiti All-Star Celebrity Game exceeded expectations and several celebrities who were unable to participate this year have said that they’re impatiently awaiting the next edition. According to the organizers, the 2nd edition will be even more magnificent, and the event will be open to the general public.

You can watch the highlight video of the 2021 Haiti All-Star Celebrity Game by clicking on the image below.