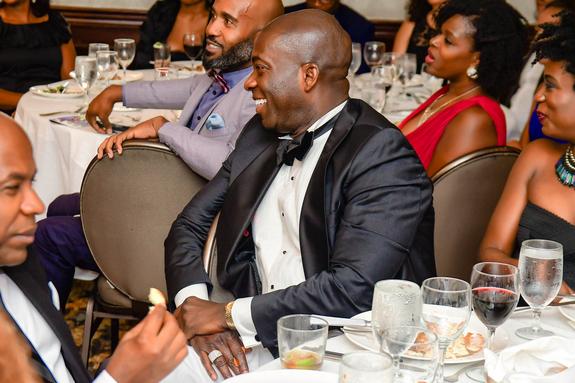 Guests dancing the night away 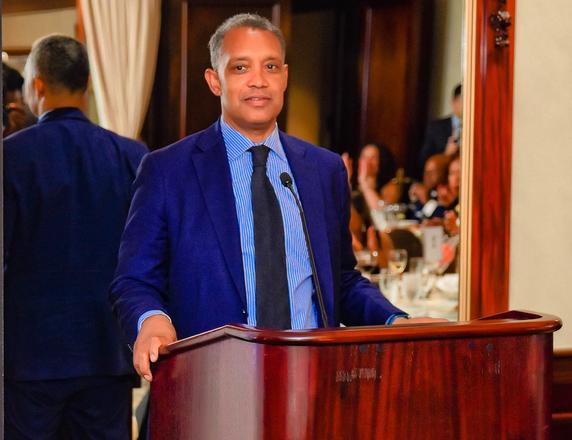 On September 12th, BAL held its inaugural gala in Washington, DC. The event, branded as the Bigger than Basketball Gala, brought together many prominent members of the metropolitan Washington, DC area in support of the organization which, through basketball and education, works to mentor and educate youth in two of Haiti’s most underserved urban neighborhoods, Cité Soleil and Martissant.

As the elegantly dressed guests entered the City Club of Washington, they were welcomed to the sound of the virtuoso violinist Marvillous Beats. In addition to being delighted with wonderful music during the cocktail reception that preceded the main event, guests such as Illinois Attorney General Kwame Raoul, former U.S. Congressman and Special Representative to the United Nations Kendrick Meek, and public intellectual Dr. Julianne Malveaux, had the opportunity to mingle with old friends and make new ones while being served drinks and delicious hors d'oeuvres. During that portion of the evening, a silent auction featuring various posters and basketball memorabilia took place in the club’s Jefferson room. 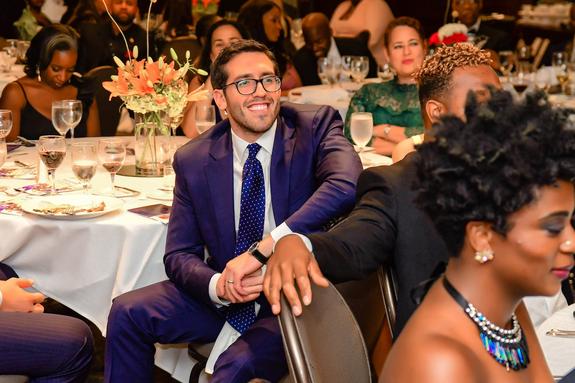 Partial view of the dance floor 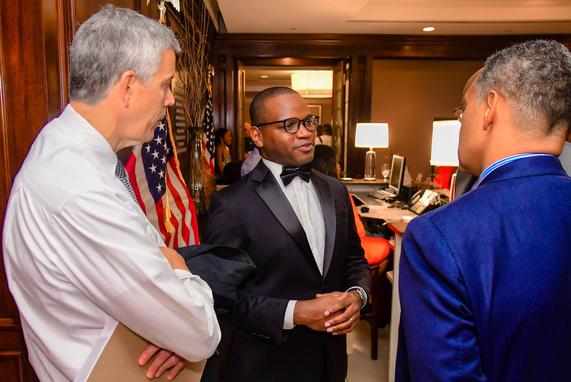 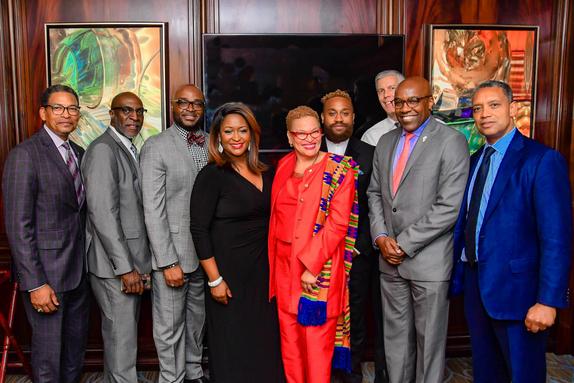 Two guests pose for a photograph

A group of guests enjoying the evening

During its first five years of existence, Basketball to Uplift the Youth, also known as Baskètbòl pou Ankadre Lajenès (BAL) in Haitian Creole, operated one program site in Martissant. As part of its 5th anniversary celebration in July 2018, the organization expanded by adding a second program site in another difficult district of Port-au-Prince: Cité Soleil. To allow the audience to see BAL’s work in action, Fils-Aimé’s remarks were followed by the screening of a short film highlighting the various activities organized by the nonprofit for its 6th anniversary in July 2019, which included: a mobile health clinic; a 3-day basketball camp led by Jeantal Cylla of the Haiti National Men’s Basketball team and the University of Arkansas Men’s Basketball team; field trips to an urban park and a museum; a day at the beach; a Career Panel & Visionary Goal-Setting Workshop; and the 6th anniversary celebration and awards ceremony during which the most outstanding youth received awards and Mikaben, one of Haiti’s most popular musicians, performed.

Another son of Haiti, D.C. Attorney General Karl Racine, was also one of the gala’s speakers. Born in Haiti, Racine came to Washington, DC at the age of three, and he would go on to earn a B.A. from the University of Pennsylvania where he was captain of the men’s basketball team, and a J.D. from the University of Virginia School of Law, where he volunteered in a legal clinic supporting the rights of migrant farm workers. In 2015, Racine was sworn in as the District of Columbia’s first elected Attorney General and was reelected to a second term in 2018. In his remarks, Racine praised the virtues of basketball as a tool to teach life lessons to the youth. He shared that basketball taught him the importance of discipline, passion, teamwork, and selflessness, values that have helped him become the person he is today. To conclude his remarks, the Attorney General encouraged the audience to support BAL’s important work in Haiti.

Guests pose for a souvenir photo 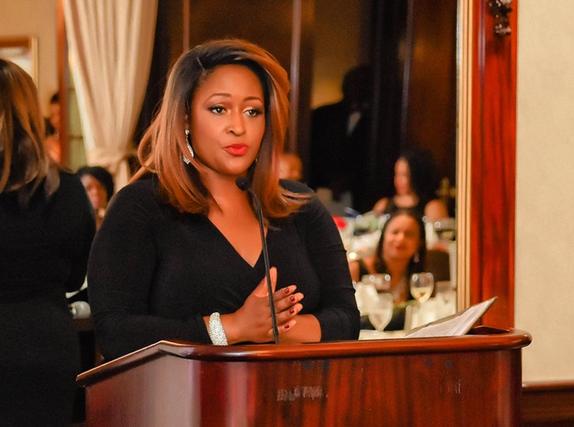 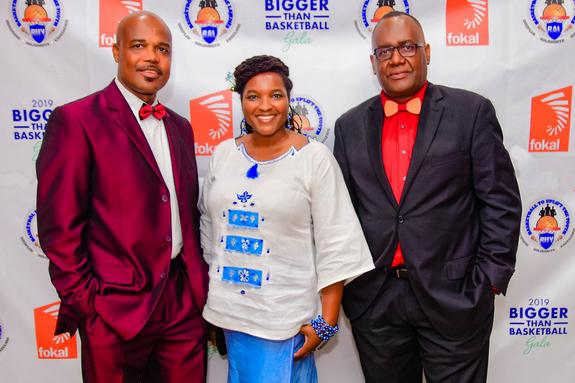 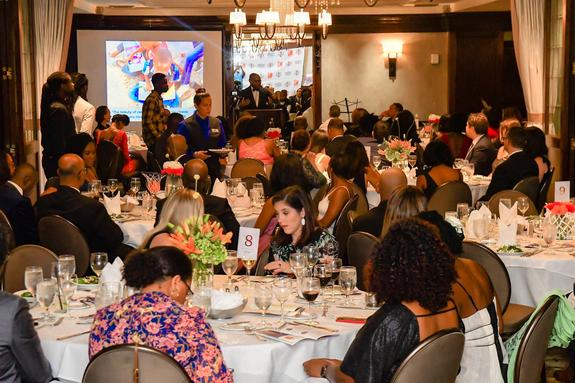 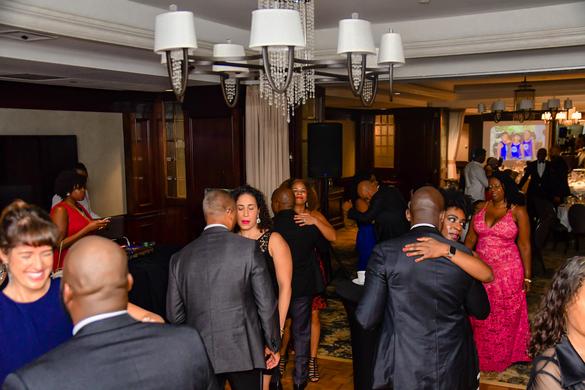 A group of the evening's performers pose for a souvenir photo 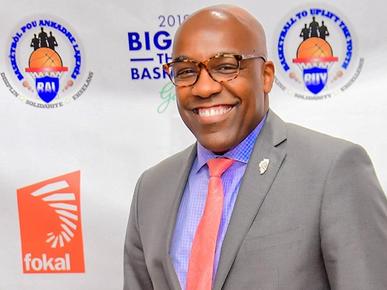 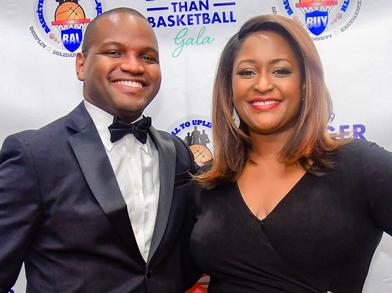 The evening’s keynote remarks were delivered by former U.S. Secretary of Education Arne Duncan, who served in that capacity from 2009 to 2015 during the administration of U.S. President Barack Obama. Duncan, who visited BAL’s Cité Soleil program site during a January 2019 trip to Haiti, explained that he was advised not to go to Cité Soleil by individuals who feared for his safety. For Duncan, who has spent a lot of time in some of Chicago’s toughest neighborhoods all his life, it was only natural to not heed these warnings and move forward with his planned visit of BAL’s Cité Soleil site. Duncan went on to express how impressed he is by BAL’s work, stating: "Programs don’t change lives, it’s relationships that do…What you guys have is an extraordinary leader in Dave. Give me any name, any school, any program, it doesn’t tell me anything about outcomes for young people, unless you have somebody with Dave’s heart, commitment, and passion, then I think remarkable things can happen for young people.” Duncan concluded his remarks by urging the audience to support BAL to allow the organization to expand beyond its current two program sites in order to potentially serve thousands of Haitian youth who could become a generation of transformational leaders for Haiti.

Aside from an amazing lineup of speakers, the evening was also full of music. In addition to entertaining guests during the cocktail reception, Marvillous Beats performed both the Haiti and U.S. national anthems as a prelude to the evening’s program. As an interlude to the remarks delivered by the evening’s speakers, vocalist Rachelle Volcy, accompanied by percussionist David Balthazar and guitarist Arnold Joseph, charmed the audience with their performance of two sets of Haitian folk songs, which included classics such as "Choucoune". 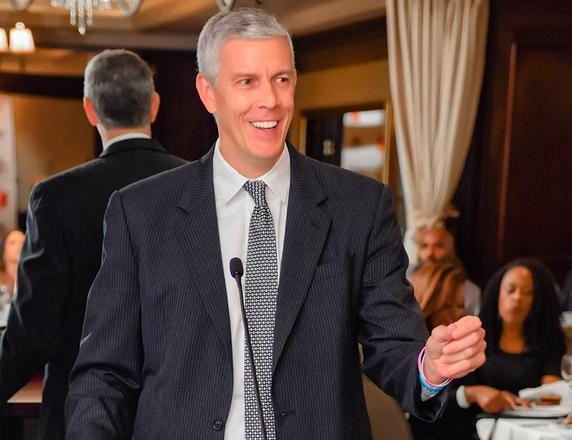 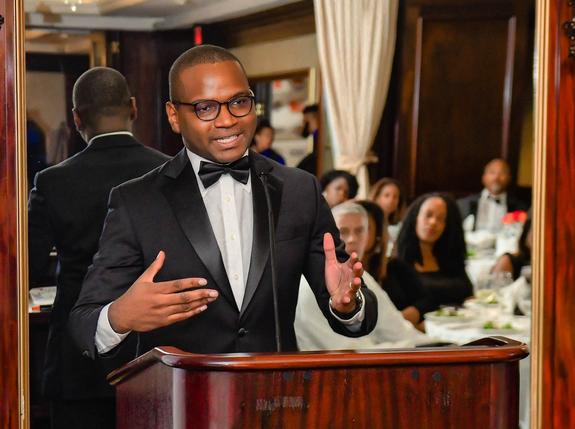 A partial view of the audience

One of the more entertaining components of the evening was the live auction. A three-night stay for two at Haiti’s Royal Decameron Indigo Beach Resort was one of the prizes awarded to the highest bidder. There were also some basketball-related memorabilia to be won. Farnold Degand of the Haiti National Men’s Basketball team facilitated the auction of a Skal Labissière jersey autographed by the NBA player himself. Moreover, basketball cards autographed by Olden Polynice, the first Haitian to make the leap into the NBA in 1987, were also auctioned. Lastly, renowned Haitian-American artist Charles Philippe Jean-Pierre enthusiastically served as the auctioneer of two of his own paintings, and he contributed half of the proceeds to BAL.

To conclude the program, Fils-Aimé thanked all the guests, and the different individuals and institutions who contributed to the inaugural Bigger than Basketball Gala’s success. He particularly thanked the gala’s top sponsor, the Fondasyon Konesans ak Libète (FOKAL), a well-recognized Haitian foundation that has been supporting BAL since 2014. FOKAL’s president, former Haitian Prime Minister Michèle Duvivier Pierre-Louis, was listed as one of the evening’s speakers, but was absent due to a family emergency.

To close the evening, DJ Vybz, one of the Washington, DC metropolitan area’s most popular disk jockeys, pulled the crowd towards the dance floor with an eclectic playlist that featured some of Haiti’s most popular hits. The gala’s guests left the City Club of Washington thoroughly pleased with the inaugural Bigger than Basketball Gala and thrilled to have supported such a worthy cause.

In his remarks, Fils-Aimé told the story of how Basketball to Uplift the Youth came to be. It’s the story of a son of Port-au-Prince’s notorious Martissant neighborhood who left for the United States where he excelled in his studies. Fils-Aimé’s thirst for knowledge would lead him to Yale and Harvard where he earned a bachelor’s degree in political science at the former and a master’s degree in human development and psychology at the latter. An admirer of Jesse Owens, Fils-Aimé informed the audience that the September 12th date is symbolic because it’s the birthdate of this legend who, in the book Triumph: The Untold Story of Jesse Owens and Hitler's Olympics, is credited with “single-handedly crushing Hitler's myth of Aryan supremacy,” at the 1936 Olympics in Berlin. Carrying on with the number 12 theme, Fils-Aimé shared that he was 12 years old when he left Haiti for the U.S. and, as fate would have it, he returned to Haiti in 2012 to take up a position with the United Nations Development Programme. It was then that the basketball enthusiast, who previously served as Director of Operations of the Yale Men’s Basketball team, found the inspiration to launch this organization whose mission is to use his favorite sport as a tool to educate and mentor Haitian youth. 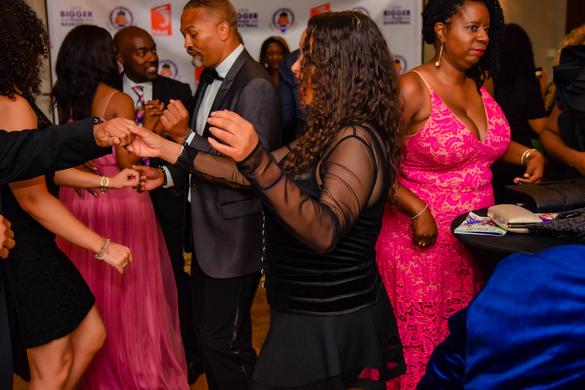 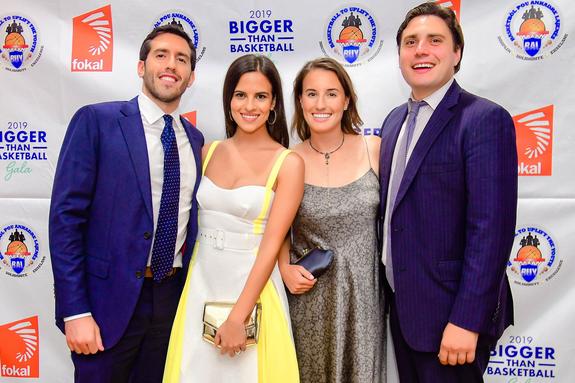 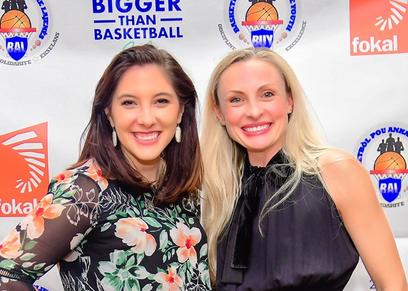 Then came the moment for the guests to enter the joint Washington and Lincoln rooms where the dinner reception was held.  To begin the program, the gala’s Mistress of Ceremonies, Maureen Umeh of FOX 5 DC, delivered the opening remarks. The Emmy Award-winning anchor & reporter of Nigerian descent did not hide her pride in being able to support such a noble cause. Umeh paid tribute to the organization’s founder Dave Fils-Aimé, stating that he inspires her to launch a similar initiative in Nigeria, as she proceeded to invite Fils-Aimé to the podium. 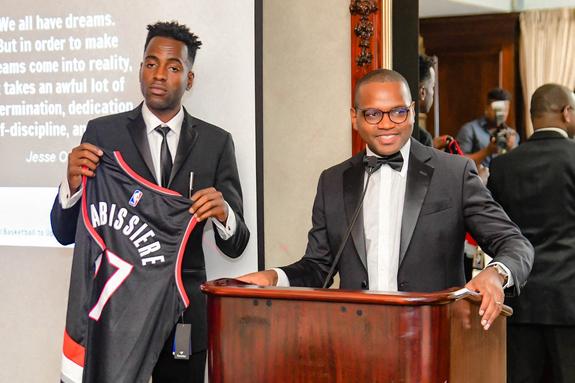